Breezy Quarters has been more of a journey than just a business idea.  In 2006 we moved into the smallest house on my great grandfather's old farm, a little bungalow in a pecan grove that was built in 1935.  It has been affectionately called Breezy Quarters by my family and that is how Breezy Quarters, the soap shop, got its name.

My husband, Ben and I became interested in sustainable living after we married and settled in.  We got sheep and chickens, and planted a garden.  I met a lady selling soap, and thought it would be the neatest thing to learn to make.  She asked me to come to her home, and she taught me.  We made a soap with Crisco, Coconut oil, and Olive oil,  no scent or color, and I took home one big slab of unscented soap. 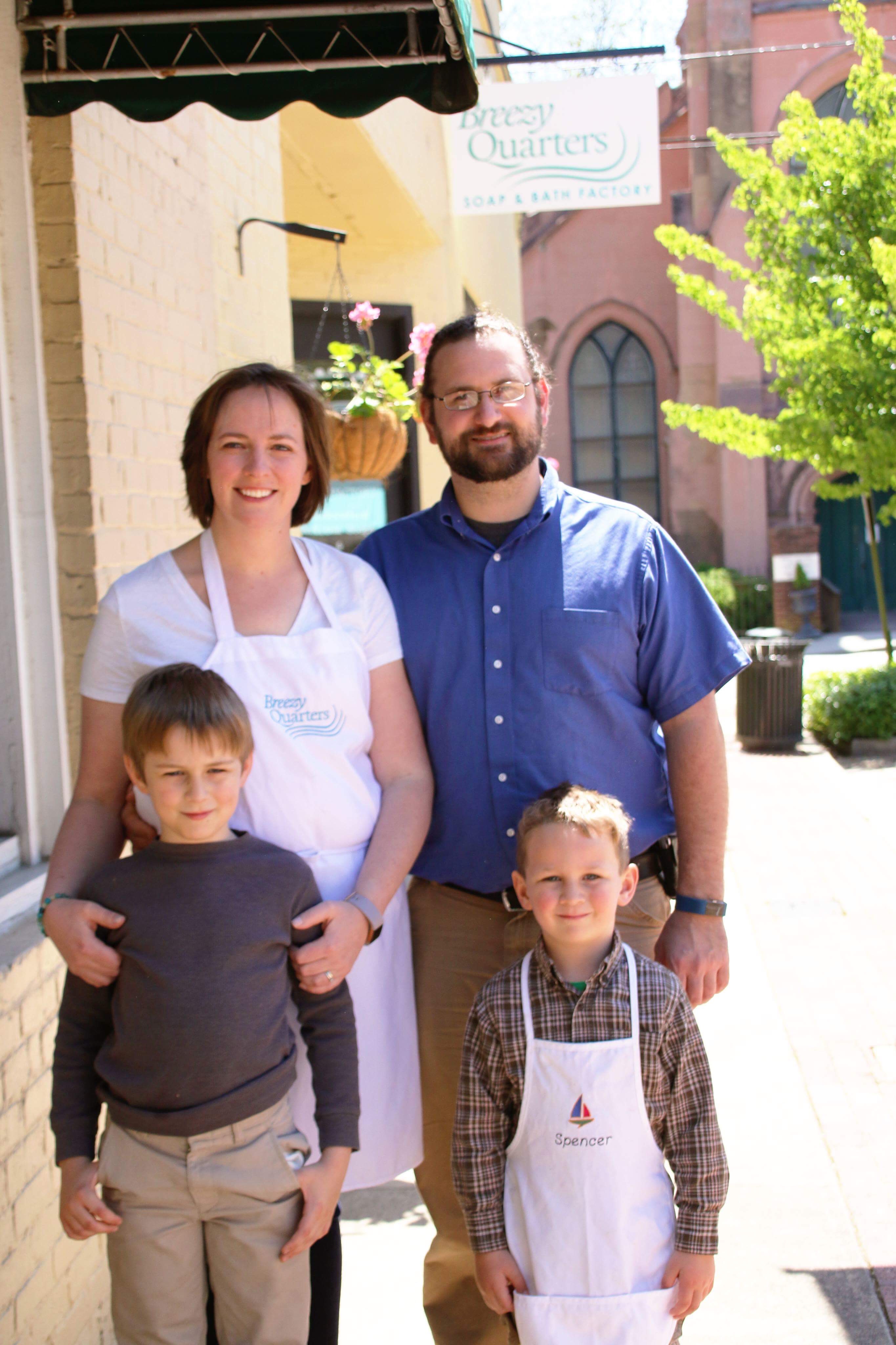 Itching for something to "do" with the soap I began to read, and google, and research.  I re-batched the soap, cutting it up, adding a bit of water, and heat, and remolded it with herbs and botanicals.  That was fun but I still wasn't satisfied.  So I started making my own soap from scratch, I learned how to calculate the amount of lye I would need based on the types of oils I was using, what kind of utensils and molds I should use.  I experimented with fragrances, essential oils, colorants, and different oils and butters.  It was fun, and messy, and Ben pretended not to mind.  Everyone got soap for every occasion.

As time went on I went from my choreographing job to going back to school to earn my certification to teach high school social studies.  We had Wesley, and then Spencer, and I started doing farmers markets and craft shows for extra money. After Spencer was born I stopped teaching, and really started trying to dig into the business of selling soap.   We all worked really really hard, and grew to know and love many many customers.  Spencer was my market baby and would come with me most of the time, napping beneath my table, and being held by my neighbors when I had my hands full otherwise.

Our offerings grew but we were not seeing the revenue we needed to be able to sustain the business.  I tried everything, and then one day I had a crazy idea.  Lets open a store!  Thats when the adventure really began, or at least newly began.